As part of the ‘ISL Qatar explores university/college counselling’ provision, MYP students participated in the Engineering Explorers workshop hosted by Texas A&M University at Qatar. The week-long event was held at the university in Education City.

The theme for this year’s workshop was to engineer a Coastal Cleanup Machine. 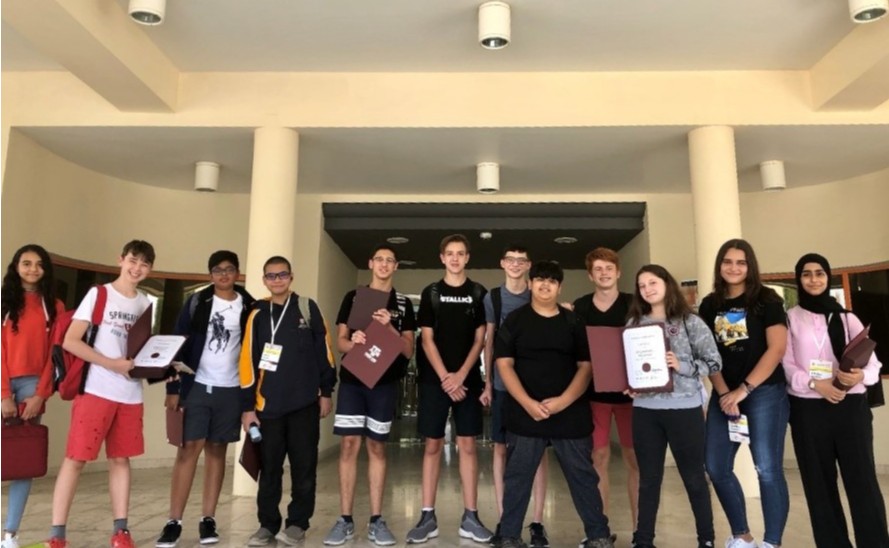 As part of the ‘ISL Qatar explores university/college counselling’ provision, MYP students participated in the Engineering Explorers workshop hosted by Texas A&M University at Qatar. The week-long event was held at the university in Education City. The theme for this year’s workshop was to engineer a Coastal Cleanup Machine. The students were tasked with designing, prototyping, and building a land-and-watercraft model for cleaning up Qatar’s coastal shorelines.

Dr Mohamed Gharib, from the Texas A&M Engineering Department, was truly impressed by the ISL Qatar students. He stated that the students were engaged throughout the entire process. Our students collaborated with students from three other high schools in Doha. The young student-engineers learned the importance of teamwork and quickly demonstrated their leadership qualities, as well as listening skills. They were introduced to the various uses of 3D printing for Science, Technology, Medicine and everyday life; and the groups received mechanical parts and turbines before starting to sketch their designs. On the second day, the student engineers received 3D printed replicas of their designs from Dr Gharib and were engaged fully in the hovercraft assembly, testing out their prototypes. Their designs were then fine-tuned and each team was asked to present their final product. Following on from their presentations, they were challenged to demonstrate the quality and feasibility of the designs. The first challenge was to race their hovercraft for a certain distance under a given time. The second challenge was to collect as many pieces of debris as possible within a given time. The final challenge was to test the buoyancy of the machine in water.

The students experienced various degrees of success. From learning about the failure of some of their designs, the students exchanged ideas to make further improvements. On the final day, the students were issued with one final challenge - to create in the time of two hours, a large hovercraft that could work in water and that would carry a person. Using the skills that they had learned from the start of the week, the students readily accepted the challenge and worked towards the successful creation of a design.

Each day, the students were accompanied by the school’s college counsellors, Ms. Thomas and Mr. Thompson, Mr. Minhas (Design), Ms, Kritsineli (Science) and Mr. Abreu (Maths). The students’ learnings behaviours and attitudes were outstanding! We all believe that the students’ experience has stimulated their interest in Science, Technology, Engineering, and Maths (STEM). We ask that parents continue to encourage them to practise creating and designing at home.