Since its inception in 2007, The World Scholar’s Cup has become one of the most recognized, joyful, and fastest-growing extracurricular activities in the world. Although it may look at first glance like an academic competition, it is more aptly described as a celebration of learning—an inclusive enrichment experience in which students of all backgrounds work together to explore new subjects and practice new skills. 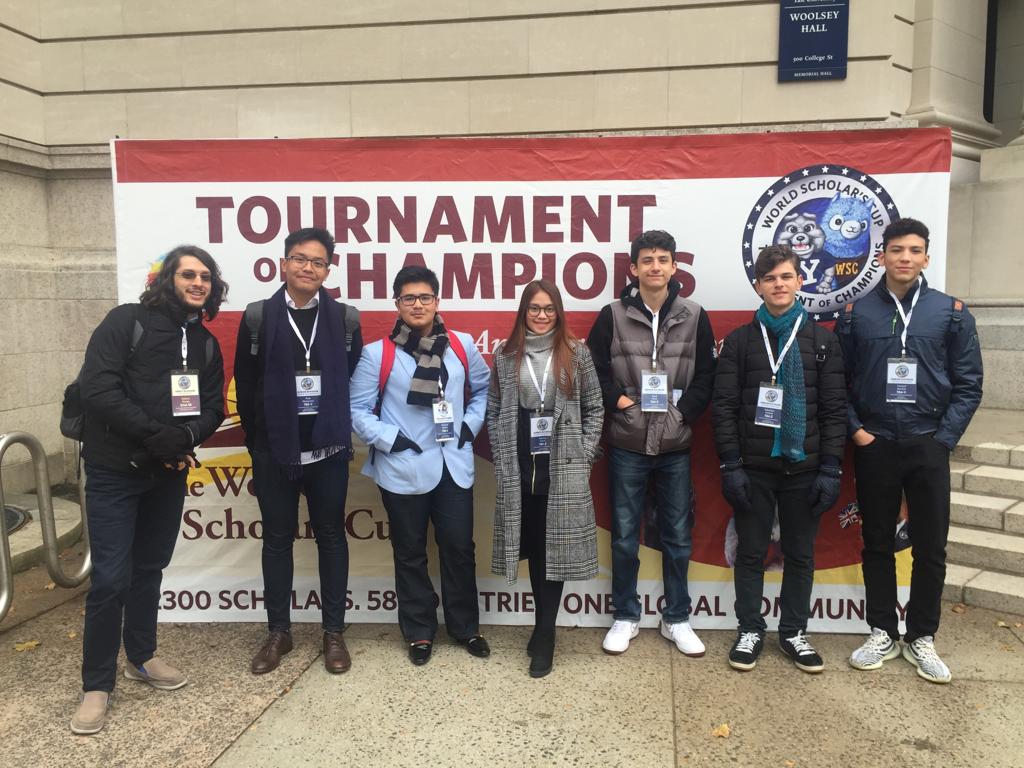 Since its inception in 2007, The World Scholar’s Cup has become one of the most recognized, joyful, and fastest-growing extracurricular activities in the world. Although it may look at first glance like an academic competition, it is more aptly described as a celebration of learning—an inclusive enrichment experience in which students of all backgrounds work together to explore new subjects and practice new skills.

ISL Qatar students took part in the Global Finals held in Kuala Lumpur last summer, where they earned a place in the Tournament of Champions at Yale University. The theme for the WSC was “An Entangled World”, suggesting that the things we know, remember, and interact within the world are intricately and meaningfully interconnected. The WSC enables students to make connections to the IB curriculum; in particular, linking the experiences from each event to some of the learner profile traits with the help of coaches.

The World Scholar’s Cup inspires and encourages scholars to take risks through its diversity. Unlike other competitions, success doesn’t lie in one skill but instead in the ability to do well in a range of areas and cooperate as a team. 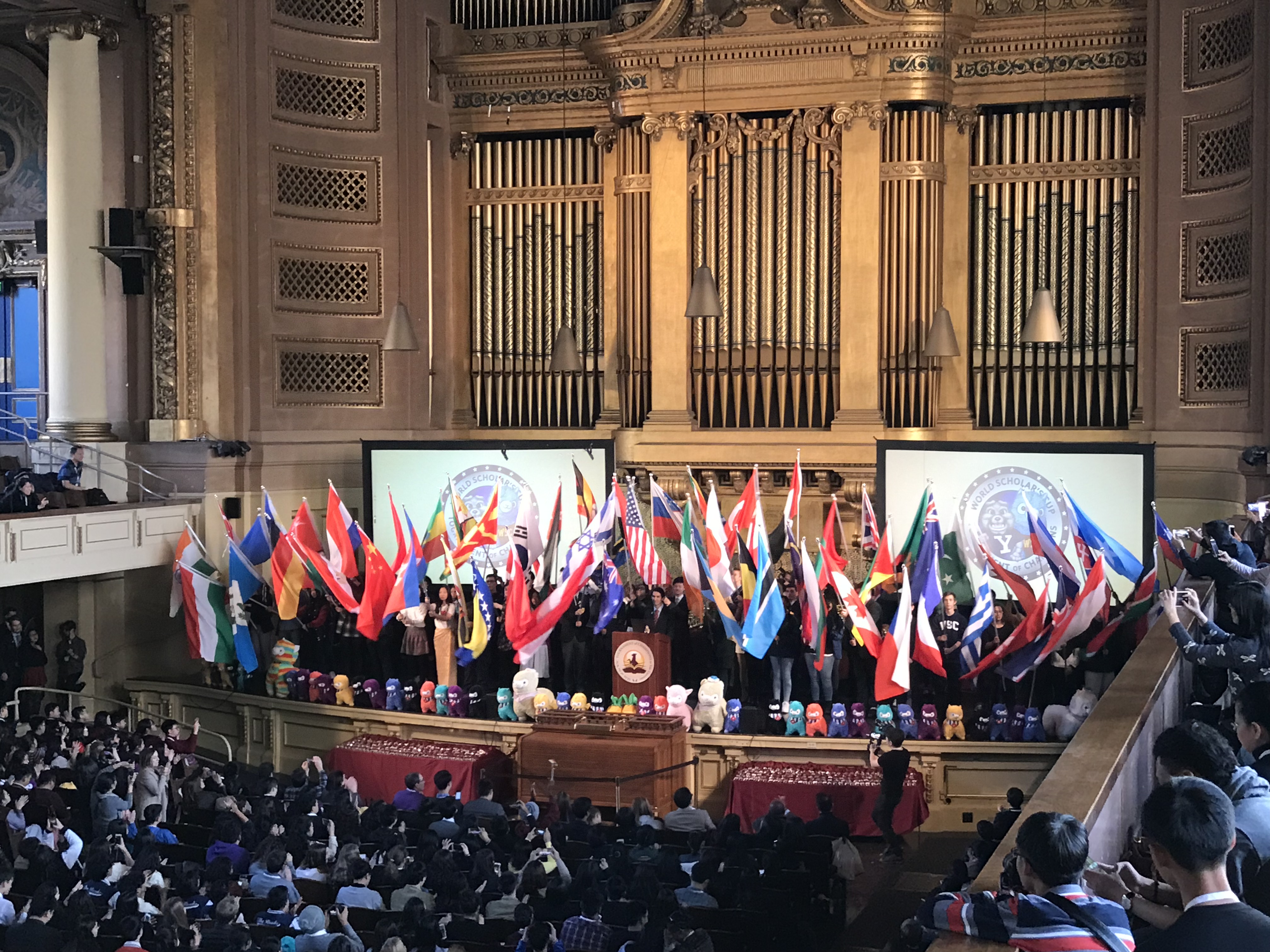 Below are the experiences of the participants:

The Tournament of Champions in Yale was a once-in-a-lifetime experience! Words cannot express how privileged I am to be one of the thousands of scholars who participated in the distinctive event. Personally, the most challenging was debating. I believe that I need more practice in verbalizing as I found myself to be stuttering a few times whilst speaking. Moreover, I realized that socializing is important as one can find good friends during the round and perhaps find each other entangled through their quirky similarities. Overall, the World Scholar's Cup Tournament of Champions in Yale was inexpressibly astonishing and was very beneficial to me. I had plenty of fun and I definitely recommend future scholars to participate in next year’s TOC round.

Travelling to Yale University for the last round of this World Scholar's Cup season was a challenging, rewarding and enjoyable experience. The first major hurdle I came across was realizing I had gotten sick the day before we left for our trip. Resting while I felt like studying, coughing during debate and overall feelings of discomfort definitely affected my experience, but with the help of my attentive coaches I was able to make a smooth recovery.

The trip was also an eye-opener for me as I decided to live in the moment and be spontaneous. In the past, I often found myself stopping myself from saying things or meeting people which would have improved my experience and given me something to learn from.

On a final note, the season's theme of An Entangled World was quite fitting as the friends I made from countless countries will most definitely stay with me for the rest of my life. Someday in the future, when I'm old and nostalgic, I'll look back on this experience as one I learned from, but most importantly, one which left a mark on the rest of my life journey.

This TOC trip was a very life-changing and incredible experience that I will forever remember for the rest of my life. I met both new friends and friends made back in Kuala Lumpur, went to New York for the first time in my life, and saw the Yale campus, something not many people can brag about. This did not come without challenging moments, however, as I did have a couple of arguments with a travel mate that lowered the group chemistry, which may have affected our performance as a whole. I met many cultures and saw new ideas, through the many people I met. Lastly, I experienced many entanglements in the group, such as when I had my desire for freedom mixed with sticking to the team, which led to unforeseen consequences.

This year’s World Scholar’s Cup season was an incredible learning experience which ended in a memorable trip to the prestigious Yale University. This season may be my last World Scholar’s Cup season and I am extremely privileged to partake in this memorable journey, meeting new friends. My new experience from this year’s Tournament of Champions was debating with a new and unfamiliar team, which was also a challenging moment during the trip. We had our ups and downs but we worked well as a team and most importantly, experienced a lot of fun. Interestingly, I met a friend that I had already met during the Hanoi Global Round two years ago during the Scavenger Hunt, which shows how the World Scholar’s Cup can entangle people together across time.

One aspect that I will miss is the privilege of meeting new people from around the world across more than 50 countries, all under a single roof, united within one program.

Before my passion for excelling academically and competing, I condemned learning new things and challenging myself academically. World Scholar's Cup has changed that in me, as it gave an opportunity to discover what I was truly interested in and loved doing (from an academic perspective). This November in the Tournament of Champions round hosted by Yale, we were faced with new challenges, with higher stakes and tougher competition, yet we still thrived, worked hard and achieved tremendous results: despite being followed up with exams the week after. This not only shows our passion, ambition and self-motivation, but also our love for the WSC program, and I am truly blessed to be partaking in such a marvelous event.

What was a challenging moment during the trip?

As the trip leader, I would say it was working with the needs of the group to anticipate conflicts and repair group dynamic. Sometimes there will be disagreements, so in order to be an effective mediator, I must strive to show them that, just as the IB states, "other people, with their differences, can also be right."

What new perspective did I gain over the course of this trip?

This would have to be my increasing sense of serving in loco parentis, where in addition to ensuring the academic success of a trip I found myself modeling for them various life skills (such as healthy eating, sleeping and spending habits); navigating city streets with caution and foresight; and treating student health when something ailed them in a new climate and time zone. Traveling with an experienced parent chaperone, Mercedes Perez de Obanos, helped greatly in this regard.

What would you say was "entangled" on this experience?

Instilling gratitude. The day we left was, after all, during the American holiday of Thanksgiving, and being grateful is an important social trait that develops compassion. It is sometimes difficult to tell when we should be giving thanks, observing thanks, or encouraging thanks! Especially so where different cultures express their appreciation differently. 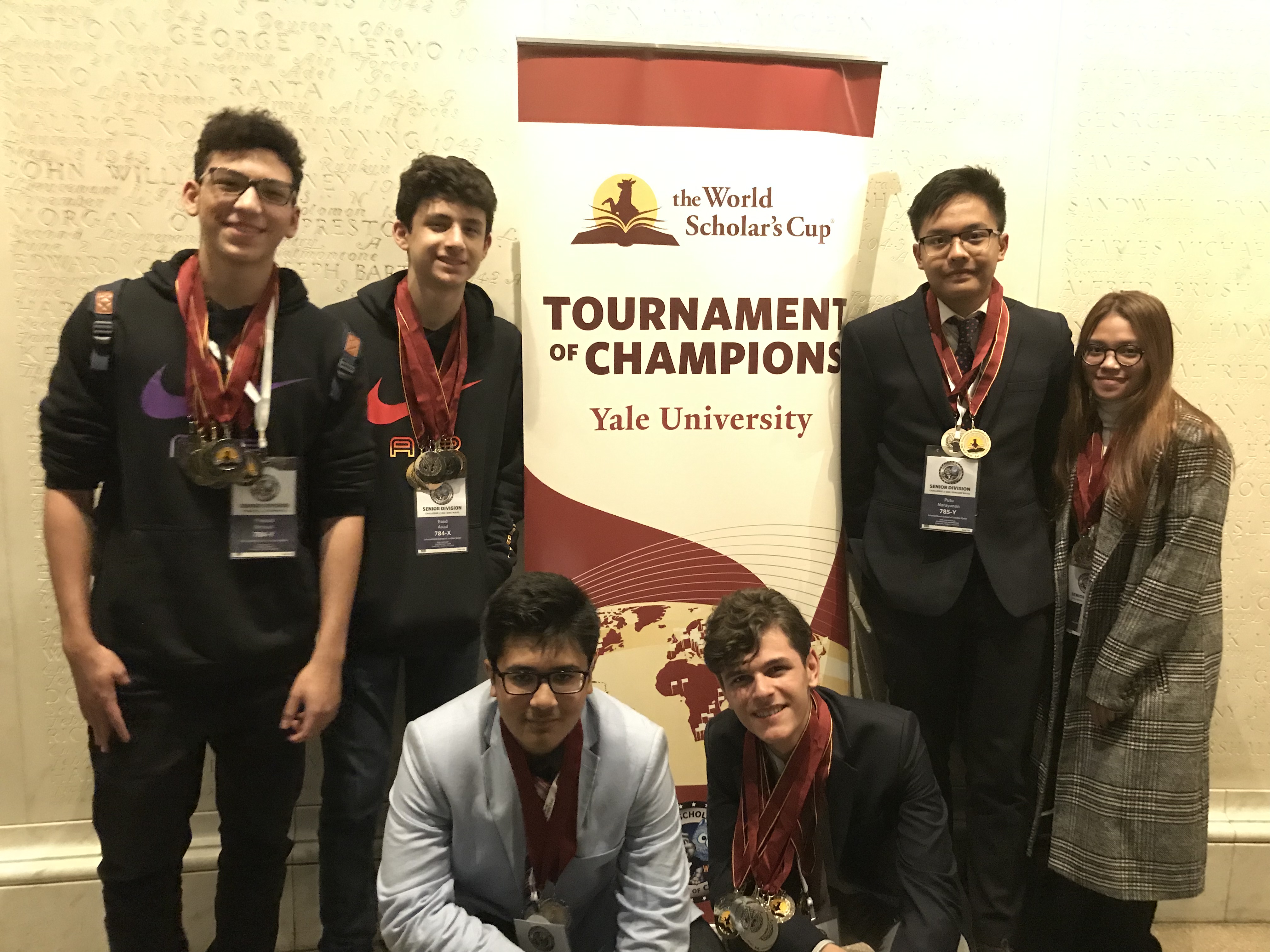 Join us on February 15 (8 am - 10 am) for a special Open Morning dedicated to Middle and High Schools students.